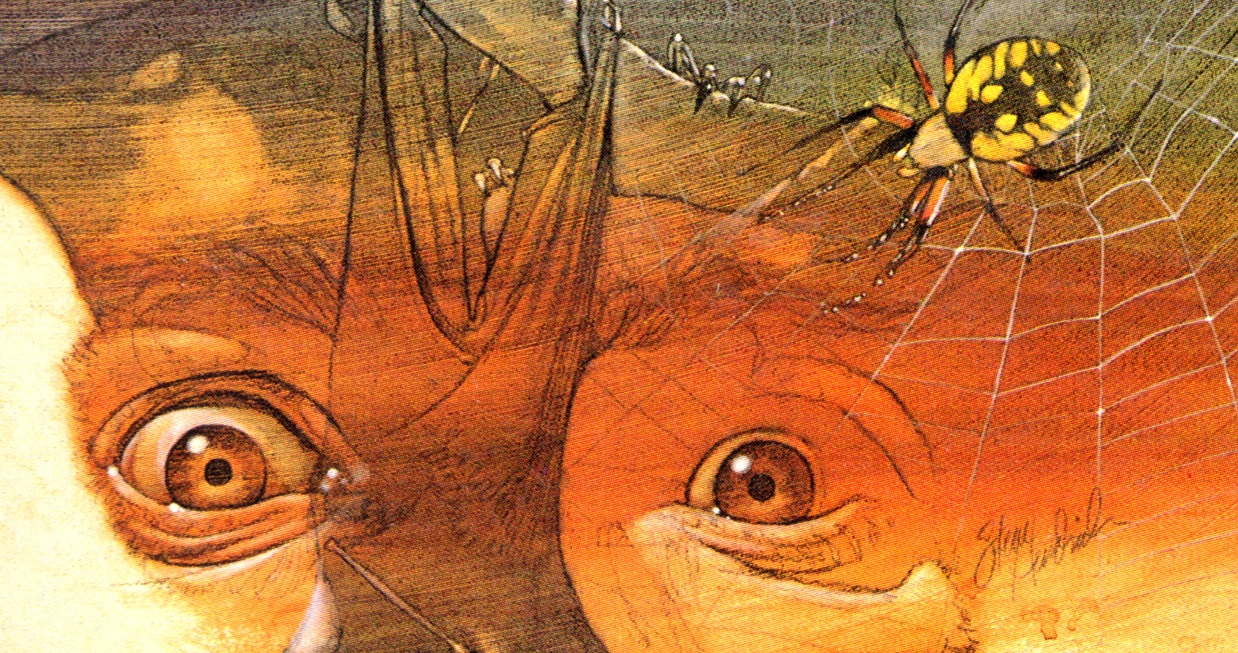 “Many years ago in the small town of Spirit Bay, there lived a mean old man named Zachary Graves. Old man Graves was not a very well liked person. He rarely left the old mansion and spent most of his life brooding about the decaying, four story house. When he died, the house was condemned and locked up. The townspeople claim that old man Graves knew the whereabouts of a magic urn that was a family heirloom of the first family of Spirit Bay. It seems that the mansion was the family’s first home and that the magic urn, which broke into several pieces during the earthquake of 1890, is still in the old house. To this day, no one has had the courage to go into the mansion to search for the pieces of the urn.”
–From the Haunted House instruction manual

Alone in the dark but you’re not alone. It’s a now-familiar theme in gaming, yet in 1982 the Atari 2600 game Haunted House brought the broadest themes of what is now the survival horror genre to homes. Your avatar, represented by the cartoon convention of two eyes in the darkness, wanders through the pitch black corridors of a old mansion full of locked doors in search of a magic urn, pursued by living beasts and a supernatural terror, with only a box of matches to light your way.

While the short story given in the manual to establish the setting is certainly evocative for its minimal word count, the details are sparse enough for players to fill in a mental backstory. Given the vague mention of a (supposedly) magic urn with undefined powers, a small coastal town, and a mean old man, the identity and motivations of the on screen avatar are open to debate. Following modern takes on horror from the perspective of youth like Stranger Things or It, the protagonist could be a child who enters the manor on a dare or on a mission to save the town. Certainly the reliance on matches, while a clever game mechanic, also points to a character without access to a flashlight–a child ill prepared for a foray into the dark.

“Three creatures; one bat, one tarantula, and one ghost try to scare you to death.”
–From the Haunted House manual

Notably, the terror of the mansion is hinted to be psychological in nature. As the manual states, the horrors inhabiting the old mansion do not physically injure the player with tooth, claw, or spectral hand. Instead, it is fear itself that does the player’s on-screen surrogate in, becoming “scared to death” if one of the mansion’s dark denizens touches them. Once touched, the eyes spin in fright, accompanied by flashes of lightning. Reminiscent of a Scooby-Doo cartoon, it’s comical enough to make the game suitable for children but layered with an edge of unsettling terror. The thunderclaps and flashes last for just a beat too long, enough to exact upon the player a price for their misstep–a real and enduring vision of 8bit failure. Like a cat, the player has nine lives in which to try and find the urn and escape. Sound plays a role here as well, as the minimalist sound FX of creaking doors and footsteps is shattered by the sound of thunder, while the arrival of one of the house inhabitants is heralded by the sound of wind and the quick extinguishing of the player’s match.

“It is common knowledge that the ghost of old man Graves still haunts the mansion. Some of the neighbors claim to have seen lights flickering in the windows. Some say that they have heard eerie sounds, doors slamming, and heavy footsteps. Some even claim to have seen shadows running through the mansion. The mysterious mansion has 24 rooms connected by long corridors and staircases. Some of the rooms have been locked up for over 50 years. There is supposed to be a master key hidden somewhere in the mansion. Without the key, it might be impossible to travel from room to room. There is also an ancient scepter hidden in the mansion. Old man Graves always carried this scepter. He believed it scared off evil spirits.”
–From the Haunted House manual

Haunted House has been held up as a precursor to the survival horror genre. Certainly, all the elements are in place in all their ur-forms: being alone in the the dark, a limited light source, a large unknown space to explore, encountering locked doors, important items to discover, inventory management, and most importantly, natural and supernatural enemies beyond the ability of the player to harm. In the truest sense of survival horror, escape from the house is the only route to success. The player is unable to directly fight the creatures of the old mansion–evasion and the judicious use of the magic scepter which renders the player invulnerable to being scared to death are the only tools available. Current horror games such as Dead by Daylight echo the sense of powerlessness in a direct confrontation with the unknown.

Beyond the modern conventions of the survival horror genre, Haunted House hits the marks on classic tropes of ghostly literature and media. The titular house is an old run down manse, shunned by the townspeople even before old man Graves passed on. The house is situated in a small town with a long history, with shades of tragedy hinted at through the reference to an 1890 earthquake. John Carpenter’s The Fog comes to mind, as does elements of John Saul horror novels. The question of whether the supernatural is truly involved evokes Henry James’ Turn of the Screw. Despite being the central object of the game, the magic urn bears little significance in-game compared to the key and scepter. As with the imagined backstory, it is up to the player to decide why they are braving the dark to retrieve the urn.

Haunted House‘s gameplay does a lot within the limitations of the Atari 2600. The simplistic layout of the four level house is shrouded in darkness, illuminated only by the players’ matches and the occasion bolt of lightning. The player can can feel their way around the room but to see the key, urn, and scepter, light is required. Fortunately, the match supply is unlimited–the manual suggests the number of matches used can be a way to determine the score of a successful venture into the mansion. The urn itself is broken into three parts, which must be collected and assembled before escape becomes an option. The player is only able to carry a single object at a time, which forces consideration of what to carry at any point, where to leave items, and lends itself to different strategies to take on the haunted house. The manual does include maps of the house floors, including locked doors, which must have been helpful for players who could keep the booklet handy. As mentioned previously, sound plays an integral role, from the footsteps of the on screen avatar to the frantic pounding upon encountering a locked door. Distinct musical cues play when a player goes up or down stairs and the peals of thunder. Lightning, which aside from adding atmosphere, offers moments of brief illumination and can be toggled on and off to increase the difficulty–or lower the tension. Additional gameplay modes increase the number of spiders, randomize item locations, and change the layout of locked doors.

Haunted House was written by James Andreasen, who is seeming only other game design credit is Realsports Baseball (1982) for the Atari 2600. Atari did not credit its designers, which lead to notable instances such as Warren Robinett’s insertion of his name as an Easter egg in his 1980 game Adventure.