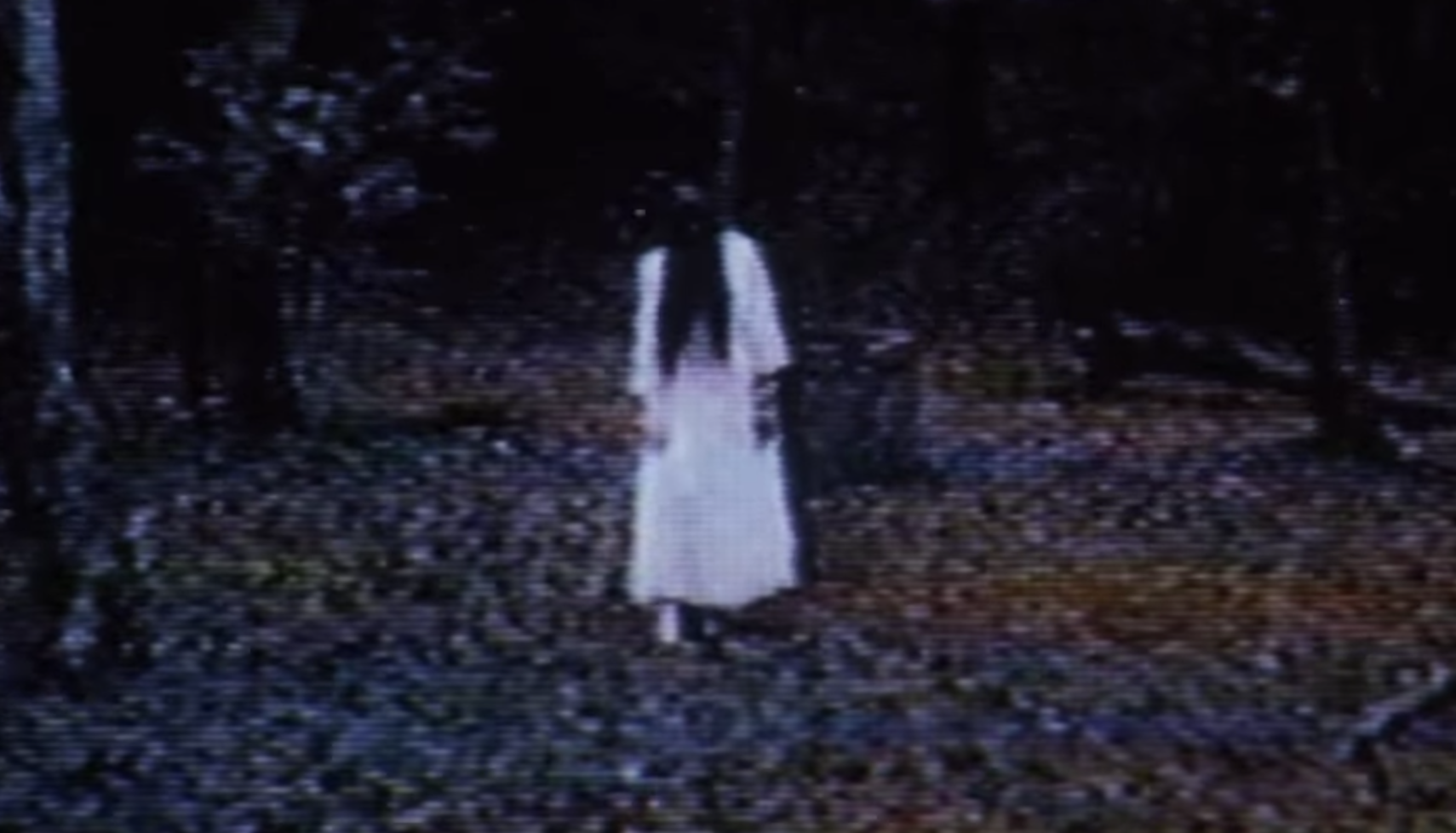 One of the most memorable images from The Ring (1998) is that of Sadako crawling out from a well. The story of a ghost girl and a well has roots in Japanese folklore in the form of the tale of Banchō Sarayashiki (番町皿屋敷, The Dish Mansion at Banchō). Given the nature and popularity of legends and ghost stories, the tale has several variations, including two well known versions written for the stage. Despite many different tellings, at the core of the story is a tale of treachery, betrayal, and tragedy revolving around a young girl, a samurai, and a well.

A general version of the story follows Okiku, a young servant in the household of the married samurai Tetsuzen Aoyama.(1) The samurai became enamored of Okiku and made constant advances towards her, only to be rejected each time. In a ploy to force Okiku to give in and accept his advances, Aoyama either breaks or hides one of ten valuable plates and then accuses Okiku of the the deed. Knowing she is innocent but without allies or support and unwilling to become Aoyama’s mistress,  Okiku throws herself down a well. Each night after her death Okiku’s voice is heard coming from the well, counting from one to nine, symbolizing her efforts to find the lost plate. After she reaches nine, Okiku’s shade bursts into ghostly wailing and crying. The nightly screams from her ghost eventually drive her false accuser Aoyama insane. As with the Ring curse, there was a way to end Okiku’s torment. Although specifics vary, the main account is that a priest or brave samurai hid one night next to the well. As Okiku reached nine in her nightly count, they jumped out of their hiding place and yelled, “TEN!” For Okiku’s spirit, it represented the discovery of the lost plate and the restless ghost never appeared again. Another variation of the tale states that anyone who heard Okiku count to nine would die, a parallel to the Ring curse.

Himeji Castle, perhaps one of the most famous and beautiful original castles left in Japan, has a specific version of the ghost story and an existing well to go with the legend.(1) The Himeji version, as related by the castle’s own web site, starts with the Tetsuyama Aoyama scheming to take control of Himeji castle. Suspecting Aoyama’s treachery, a samurai retainer loyal to the true lord of the castle sends Okiku to work as a servant for the Aoyama family in order to spy on him. Despite their efforts, Aoyama succeeds in deposing the old lord and assumes power in the castle. While the loyalist samurai escape, Okiku remains in the castle and continues to feed information to them. She is eventually discovered by one of Aoyama’s men, who attempts to force her to marry him. Okiku refuses. To provide a pretext to punish her, Aoyama’s follower hides one of ten plates and blames Okiku for the loss. She is subsequently killed and thrown into the well. From then on, every night Okiku’s sorrowful voice can be heard counting for the missing plate. The malfeasance of Aoyama and his men does not go unpunished. The loyal samurai are able to defeat Aoyama’s forces and retake the castle. Okiku is recognized for her brave actions and a shrine is built for her on the castle ground, which presumably set her spirit at ease.

Himeji’s version frames Okiku’s story more heroically than other accounts of the tale by both placing her as an agent of loyal samurai and recognizing her contributions after her death. This is perhaps due in part to the Himeji story being derived from a 1700s era Ningyō jōruri (puppet theater) play, a time in which themes of honor and fidelity were associated with the samurai class and held as major virtues. Okiku’s story developed into a tourist draw to the castle by at least the late Edo period. The castle version leaves out the more brutal aspects of the story, as in the original puppet play Aoyama binds Okiku over the well and proceeds to savagely beat her in an effort to break her will. Unable to do so, in a final fury Aoyama strikes Okiku one last time, sending her body plummeting into the well. One peculiar addition to the tale is that after Okiku’s death, the area around Himeji suffered an infestation of caterpillars. The chrysalis stage of the caterpillars (Byasa alcinous for the curious) was thought to resemble the body of a bound woman, and popular thought attributed the infestation to Okiku’s spirit returning. Never ones to turn down a marketing opportunity, shopkeepers around the castle sold the chrysalis’ as souvenirs to tourists, capitalizing on the Okiku legend. (2) Other variations have substitute sake cups for the plates, or describe the plates as magic poison detecting dishware, or rare Dutch ceramics. A 1914 shin kabuki version even reframes the tale as a tragic romance between Okiku and Aoyama.

The influence of the Okiku ghost story can been seen in The Ring with the concept of a young girl  murdered and thrown into a well and the supernatural ramifications of that action. It is not the only way that The Ring draws upon Japanese folklore and legend. In the novel, Sadako’s power can be traced to an encounter with the the spiritual world by her mother, and the franchise touches upon questions of tradition and modernity in Japan, avenues that will explored in the next post.

Interested in Japanese horror? I contributed five articles to The Encyclopedia of Japanese Horror and it covers a wide range of J-horror films. (Full disclosure: I make no profits nor do I benefit in any way from any sales of the book.)

(1) I have seen Aoyama’s name transcribed in English as Tessan Aoyama and Tetsuzan Asayama.
(2) Most Japanese castles were dismantled in the Meiji era (1868-1912) or destroyed by American bombing during the Second World War. Only about a dozen original castles remain and the majority seen today are postwar reproductions.
(3) Entry for Okikumushi at Yokai.com, https://yokai.com/okikumushi/

Tags dead by daylightringuthe ring
0 thoughts on “The Girl in the Well: The Ring and Japanese Ghost Stories”