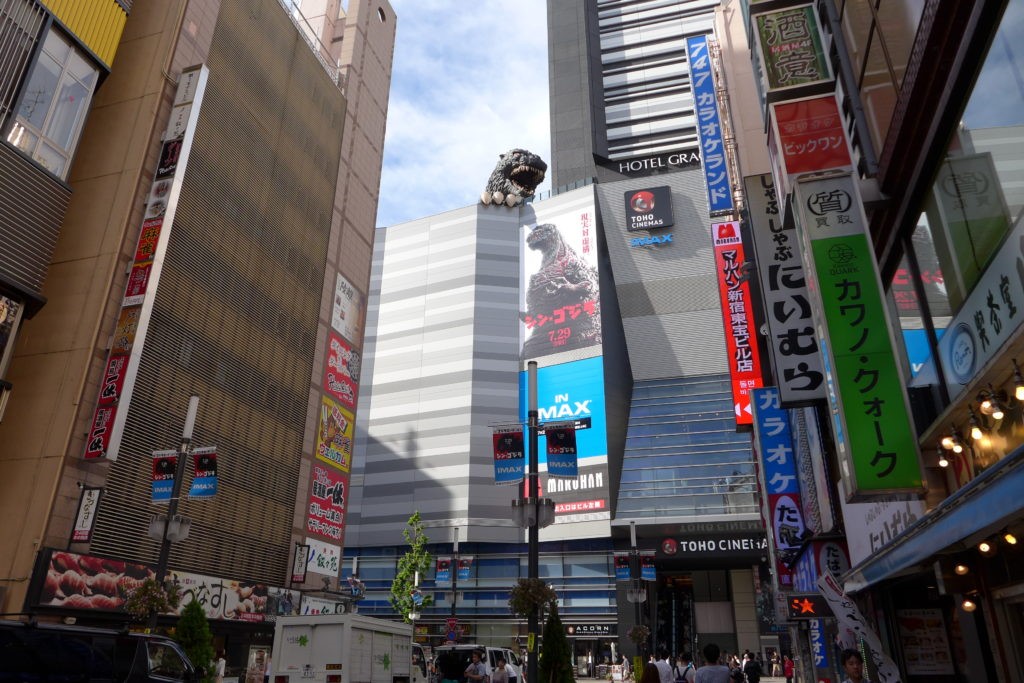 Often lost in the modern fan fascination over kaiju and the status of Godzilla as a pop culture icon is the fact that the origin of the King of Monsters is inextricably bound to the atomic age, the fear of nuclear Armageddon and the anxiety over Japanese experiences during World War II. While the Godzilla films in general allegorically speak to the danger of nuclear weapons, one incident in particular served to spark the genesis of Japan’s signature monster: the 1954 Castle Bravo test and the accidental irradiation of the fishing vessel Daigo Fukuryu Maru.

The Castle Bravo nuclear test took place on March 1, 1954 on the Bikini Atoll, a part of the Marshall Islands. It was the first attempt by the United States to detonate a dry fuel hydrogen bomb and the latest in a series of nuclear tests that had been conducted since the end of World War II. In the early morning hours of March 1st, the Castle Bravo device exploded with a force of 15 megatons, 1000 times the power of the Nagasaki and Hiroshima bombs. The force of the explosion stunned US authorities, who vastly underestimated the destructive power of the bomb, pegging the expected output at ‘only’ 5 to 6 megatons. The bomb blasted the coral of the atoll into a fine powder which absorbed radioactivity. The ash was then blown into the air and carried by the winds. The Castle Bravo test remains the fifth most powerful nuclear explosion in history to this day.

The unexpected strength of the test combined with strong winds meant the fallout from the explosion covered a much larger area than originally anticipated. The Japanese fishing boat Daigo Fukuryu Maru (sometimes referred to as Lucky or Fortunate Dragon Number 5) lay in the path of the fallout, although the ship was just outside of the announced danger zone. Reports indicate the ship was covered by the fallout dust, which stuck to to clothing and hair. The crew, unaware of the danger, resorted to scooping the ash off the vessel by hand. Upon their return to Japan, the 23 members of the ship’s crew were found to be suffering from acute radiation poisoning. One crew member would die a few months later from related causes. Fear over contaminated fish led Japanese authorities to bury thousands of tons of tuna.

The massive fallout and the plight of the Daigo Fukuryu Maru‘s crew became worldwide news, showing that the effect of a nuclear explosion was not limited to those in the area of direct damage. The widespread fallout reached Australia, Japan, parts of Europe and the United States. The Castle Bravo test galvanized anti-nuclear activists and struck a chord within Japan, already grappling with the legacy of the recent atomic bombings and the uncertain position of the country in the developing Cold War. The lingering concerns over the victims of the Hiroshima and Nagasaki bombings were brought back to the surface by the sickened fishermen. Combined with the fallout from the test, Japan was once again threatened by the use of nuclear weapons.

Soon after the Castle Bravo test, Toho producer Tomoyuki Tanaka was returning to Japan after a failed attempt to film a movie in Indonesia. With the unexpected impact of the Castle Bravo test and the Daigo Fukuryu Maru incident in mind, Tanaka quickly came up with a story provisionally titled The Giant Monster from 20,000 Leagues Beneath the Sea and presented it to the studio. Toho bosses approved the concept and work began on the film in April of 1954. Eventually the movie and titular monster were named Gojira (ゴジラ), a portmanteau of gorira (ゴリラ, gorilla) and kujira (鯨, whale).

After a very rapid process of development and filming, Gojira was released in November of 1954 and a cultural phenomena was born. The connection to Castle Bravo and the Daigo Fukuryu Maru is referenced in the movie’s opening scene, which depicts the crew of a ship relaxing before a sudden blinding burst of light explodes in the distance, quickly consuming the vessel in an inferno. The ship burns as the radio operators tap out a final distress call before the vessel is lost, destroyed by a force outside of their understanding or control. The scene both calls to mind Japan’s position in regards to the nuclear arms race between the United States and the Soviet Union and the danger posed to all humanity. The 2014 American reboot directly incorporates a 1954 Bikini Atoll atomic explosion into its narrative, postulating that the test was actually a failed attempt to kill Godzilla. However, much of the archival footage shown is of the 1946 Baker explosion, part of the earlier Operation Crossroads tests. Little data is available from the Castle Bravo explosion, as the higher than expected power of the test vaporized the scientific equipment meant to record information.

Today, the King of Monsters is an ambassador for Japan, a pop culture icon known across the world. The general perception of Godzilla is one far removed from the sickness and destruction fresh in the minds of Japanese filmmakers in the 1950s. The Bikini Atoll remains uninhabitable due to high levels of residual radiation. The Daigo Fukuryu Maru itself was deemed safe after inspection and decontamination and returned to service on the seas. Renamed the Hayabusa Maru the ship was put to use as a training vessel until it was scheduled to be scrapped in 1967. Upon learning of the ship’s impending destruction, the governor of Tokyo intervened to save the vessel. With the original name restored, the ship is preserved inside the Tokyo Metropolitan Daigo Fukuryu Maru Exhibition Hall in a quiet park on the edge of Tokyo, a silent memorial to the unleashing of monsters both real and imagined.

0 thoughts on “The Origins of Godzilla: Castle Bravo and the Daigo Fukuryu Maru”